March Madness Is Back 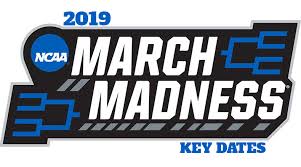 March Madness lived up to its name in 2019, ending with #1 seed Virginia defeating #3 seed Texas Tech 85-77. March Madness is a college tournament that started March 21st and ended April 8th.

The first 2 rounds were good but the best games were the sweet 16 through the championship was some great games. Round 1 had 64 teams, with  32 teams advancing.  It was a good first round, with all the 1 seeds Virginia, Duke North Carolina and Gonzaga advancing to round two .

The sweet 16 was full of surprises and bad calls. #3 Purdue got lucky over #2 Tennessee on a last second call to win in OT 99-94. #3 Texas Tech beat #2 Michigan with great defense, they held Michigan off for a end result of 63-44.

In round 3, many believe Oregon received a lot of bad calls while playing #1 Virginia. For example, with under a minute a Virginia player an Oregon player were both holding the ball, but the foul was called on Oregon. The controversies resulted in an Oregon loss of  53-49.

The Elite 8 had 2 #1 seeds go down when  Gonzaga lost to Texas Tech 75-69 and #2 Michigan state beat #1 Duke 68-67. This win for Michigan resulted in their farthest progress in the championship ever.

The Final Four was also filled with controversial calls by the refs, especially in the Auburn vs Virginia game. Auburn Guard Ty Jerome double dribbled, which set up the winning free throws by Virginia, resulting in an Auburn loss 63-62. Texas Tech beat Michigan State 61-51, which brought the final match-up with Virginia against Texas Tech.

Bonneville Freshman, Corbin Pettingill  believes that this year’s March Madness “was dumb.” Pettingill stated that  Virginia “did not” deserve to win.

March Madness 2019 was a great tournament, with controversy as always.