Bumblebee is a prequel to the Transformers franchise and debuted on December 21, 2018, making  $438 million worldwide. 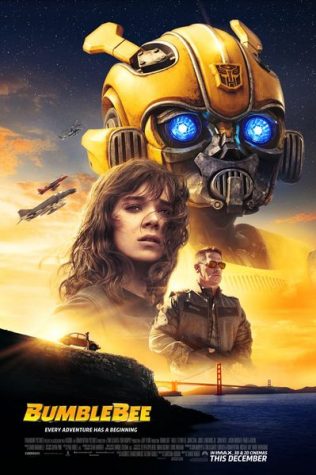 The story centers on the Transformers character, Bumblebee. The movie starts with Bumblebee on the run in the year of 1987, and he  finds refuge in a junkyard in a small California beach town. Charlie, on the cusp of turning 18 and trying to find her place in the world, discovers Bumblebee, battle-scarred and broken.

Rolling Stone magazine raved” It’s a blockbuster that, with a few whirring movements and a half dozen clicks and beeps, transforms itself into something meant to be watched by actual thinking, feeling human beings.”

Empire online reported  “An impassioned ode to both the toys and their era, this, at last, is the Transformers movie we’ve been waiting for.”

Thunder Ridge Freshman  Bryn Kirkendoll, when asked about the movie, stated ¨I think it’s awesome. It’s what I´ve been waiting for. Definitely be watching if I get a chance.¨

The movie is currently playing at Edwards Grand 14 in Idaho Falls and AMC Classic Pine Ridge 11 in Pocatello.