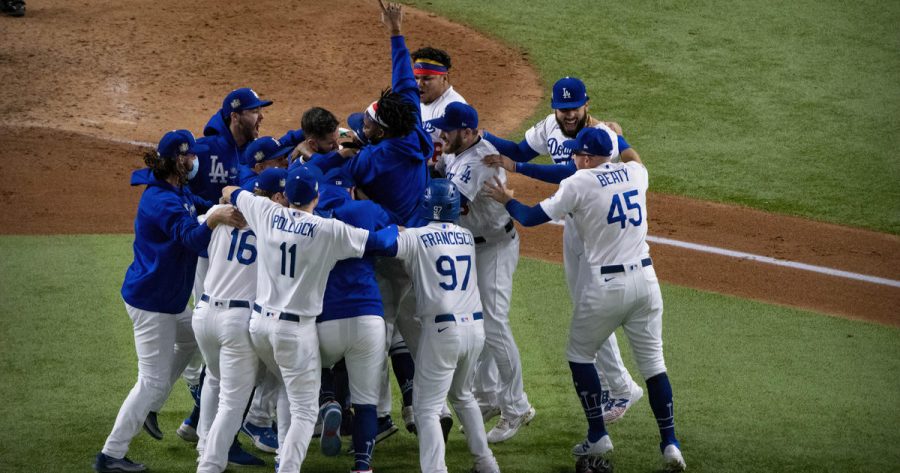 On Tuesday, October 28, after one of the strangest of baseball seasons, the Los Angeles Dodgers beat the Tampa Bay Rays 3-1 in Game 6, giving the Dodgers their first championship title since 1988 and their seventh in franchise history.

The series was played at Globe Life Field in Arlington, Texas instead of switching between L.A. and Tampa Bay due to Covid-19. And while the series did not go to a Game 7, it was very close as the Rays had won two of the six games and none of the games had been a blow-out. It did all come down to Game 6 where despite the Rays hard-fought efforts they lost making Los Angeles Dodgers World Series Champions again.

Chances are though Game 6 will not be remembered so much for what the Dodgers did as what the Rays did. Specifically manager Kevin Cash’s decision to pull pitcher Blake Snell in the sixth inning even though he had not allowed a run all night. As soon as Snell left, the Dodgers immediately jumped on reliever Nick Anderson and took the lead, 2-1. The game was put to bed by a home run by Mookie Betts in the eighth.

Baseball Fan Jeremy Nelson said “I couldn’t believe they (the Rays) pulled Snell. I think the game might have gone totally different if they hadn’t. Despite my thoughts, the Dodgers do deserve the title.”

Another drama Game 6 will be remembered for is Los Angeles Dodger Justin Turner being pulled from the late in the game due to news of him testing positive for Covid-19. Despite the diagnosis, Turner did eventually return to the field during the celebration.